Internet of Things Explained: Facts About IoT You Didn’t Know!

Internet of Things Explained: Facts About IoT You Didn’t Know!

“What is the first date that comes to your mind when you imagine the future?” asked a dear friend, while we sipped hot coffee on a balmy summer evening.

2050 it was, for me. I understand that the year associated with “future” is subjective as much as it is mysterious and outside our grasp. It also weighs heavily on one’s age.

Growing up as a child hooked to science fiction, I had imagined a world of new technologies and immersive digital experiences ruling 2020.

Since 2020 is already here, we realize that the future conceived during the 1990s was a tad too imaginative.

And then our conversation took an interesting turn. We returned to the present…or did we?

“I read an article recently that emphasized on the technological boom we are witnessing today. With advancements such as the Internet of Things, industrial automation, virtual reality, and the like, reading a technical article with its copious use of jargons can get a little too daunting!” he exclaimed.

“I really wish I had access to a virtual reality display device that would enlighten me on the nuances of these technologies” he said wryly.

I have previously heard concerns from aging baby boomers that were strikingly similar to my friend’s. I also had a fair idea as to what my friend was trying to convey.

However, I wasn’t particularly inclined to metamorphose into the hypothetical “virtual reality display device” to help him out that day.

Nevertheless, I didn’t mind clarifying a few things that I have picked up over the years on my occupational stint in Internet of Things (IoT). So here, I pen down an abstract of our conversation on IoT, one that I believe has been beneficial to him (and most likely, will also be to you) in an appreciable way.

What is the Internet of Things?

Internet of Things is essentially a hyperconnected network of billions of devices, each of which can be assigned an IP Address.

These devices collect and share data through sensors, processors and wired/wireless networks.

The technology has been so disruptive that it has been successful in converting anything from a watch to a high-end car into a connected smart device.

Consequently, IoT has added a good dose of digital intelligence to devices and has enabled them to transmit data independently.

This has facilitated the blurring of boundary lines between the digital and the physical worlds.

Internet of Things Applications and Use Cases

IoT has brought about a Digital Transformation in various business functions. This is the reason behind the ubiquitous applications of Internet of Things.

The following is a brief snapshot of several such IoT applications and use-cases.

For instance, IoT can be effectively utilized to implement an intelligent battery monitoring system in an enterprise. This solution would collect voltage and temperature data from installed batteries and constantly monitor the health and state of the batteries.

The system can proactively determine discharged batteries in the network and provide an alert for action. Hence, such a solution can provide benefits of Predictive Maintenance or Proactive Maintenance.

The Technology Architecture that Powers the Internet of Things (IoT) 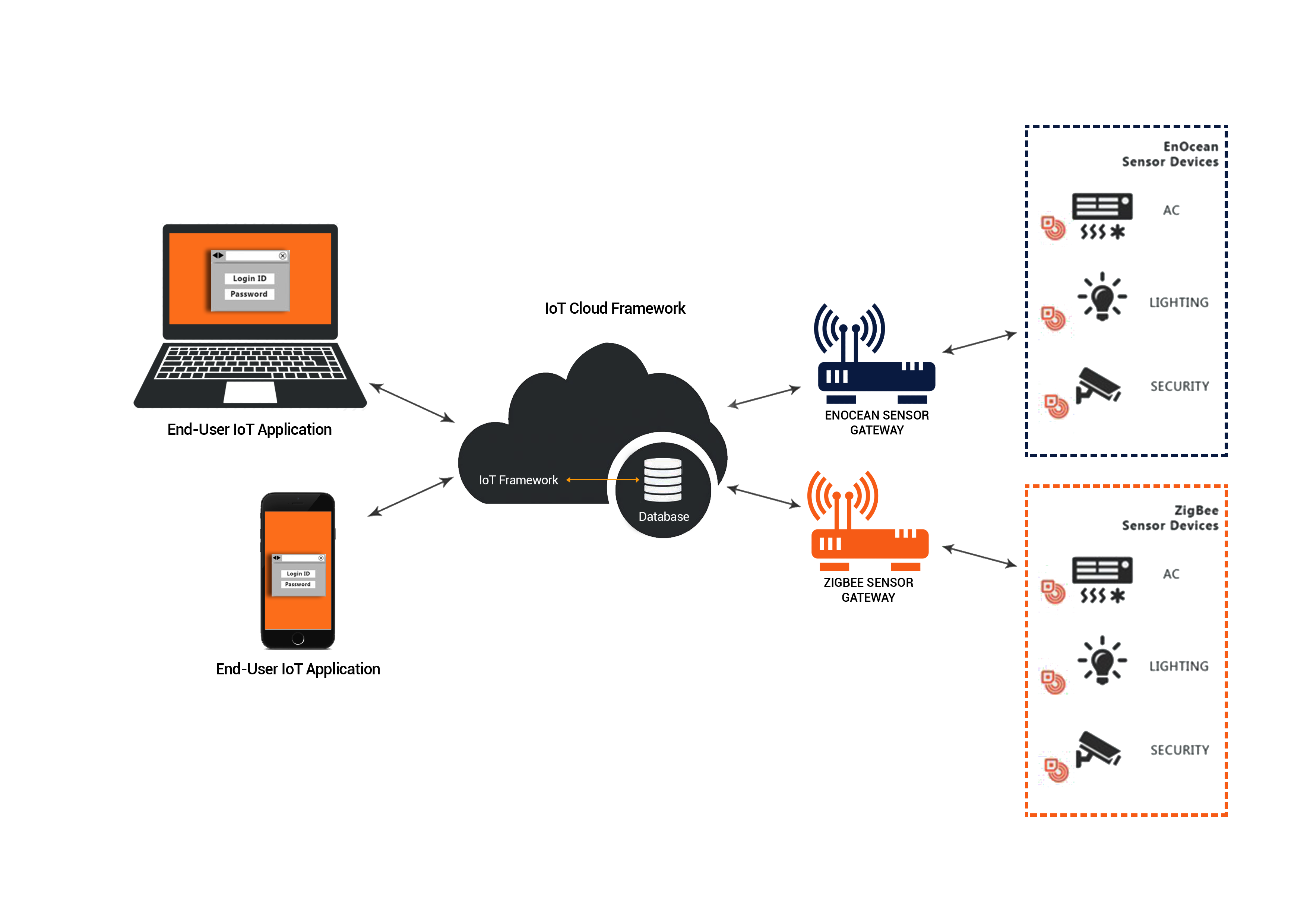 The fundamental components of an IoT architecture are listed below. Some use cases may include additional components/layers, but the following five layers form the foundation of an IoT solution:

“Basic knowledge of these components of IoT architecture would suffice to have an overall understanding of how IoT solutions work. Hopefully, now IoT articles wouldn’t seem intimidating to you.” I concluded.

“Sure, this was an insightful conversation. You have got me thinking on the technical details of each of these components now! Will do some reading and get back to you in case I have more questions, Mr. IoT Superstar!” he said, satisfactorily.

The 2020 Internet of Things (IoT) Trends that will Disrupt Industry 4.0

Tech behind Telematics Explained: How does a Vehicle Telematics Solution Work?